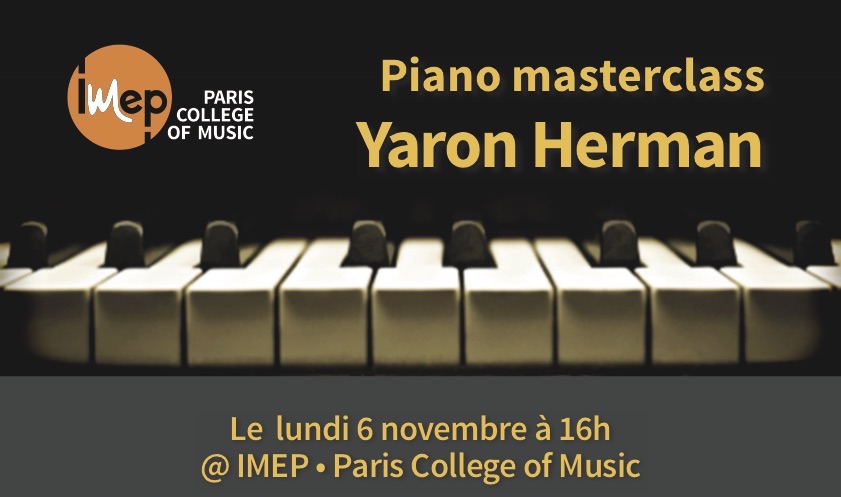 In addition to being an outstanding pianist, whose stylistic evolution never stagnates, Yaron Herman maintains an intriguing musical thought and discourse. His credo: the “real time composition”. “Improvising from nothing, without form, without harmony, or melody. It’s an exercise you never do! Being able to hear and anticipate the measure 17 while we are still at the first one: here is all the interest of the composition in real time. “
Yaron’s know-how is immense, and his maturity astonishing. On a keyboard, his mastery is incredibly broad : he can play Debussy, Mozart, improvise as few do, groove at will, phrase bebop, propose a contemporary singularity … When we measure this knowledge, and that we knows he started playing the piano at sixteen, it’s easy to understand that his investment has been intense … and effective!
Knowing how to nurture a powerful work process is a central issue for any budding musician. This is why we wanted to plan this masterclass early in the year, and to propose to Yaron to focus his intervention around this question. The subject is as passionate as we are.
If Yaron is a pianist, his comments on the learning process will interest all the intrumentists. This masterclass is a rare opportunity.

Fascinated since childhood by basketball, it is after an injury that Yaron Herman turns to music and the piano more particularly, which he begins the practice at the age of sixteen. Student of Opher Brayer, he quickly acquired a solid technique that allowed him to give his first concerts in Israel. At age 19, he moved to Boston to join the prestigious Berklee College of Music. Disappointed by the teaching he received there, he left the United States and made a stopover in Paris, where he settled permanently. At 21, he recorded his first album, Takes 2 to Know 1, in duo with drummer Sylvain Ghio. In 2006, Variations appeared, a first solo album in which Yaron Herman unveiled a virtuoso and singular piano playing through original compositions and numerous covers: George Gershwin, Gabriel Fauré, Sting or Israeli folk songs. A real success, this album is the subject of a tour that offers Yaron Herman the opportunity to perform at the Forbidden City in Beijing, a first for a jazz pianist.

Two years later, he did honor to the trio training for the album A Time for Everything, in which he is accompanied by bassist Matt Brewer and drummer Gerald Cleaver, met in New York. This album enjoys international recognition, thanks in part to the jazz covers of several pop songs, such as Britney Spears’ Toxic or Message in a bottle by British rock band The Police. Muse, second album of this same trio, appears in 2009: he is elected “Jazz album of the year” on ITunes. Yaron Herman also multiplies collaborations with numerous artists such as saxophonist Raphaël Imbert, clarinetist Michel Portal or, more recently, drummer Ziv Ravitz, with whom he publishes in 2015 the Everyday record on the Blue Note label.

In March 2017, Yaron Herman goes further in his explorations, on his eighth album Y. For this new adventure, the pianist has found his alter-ego Ziv Ravitz and invited the bassist of The Dø Bastien Burger. The Franco-Israeli pianist assumes and fuses all his influences, be they jazz, post-rock or electro, whether they come from Sufjan Stevens, Steve Reich or Keith Jarrett. 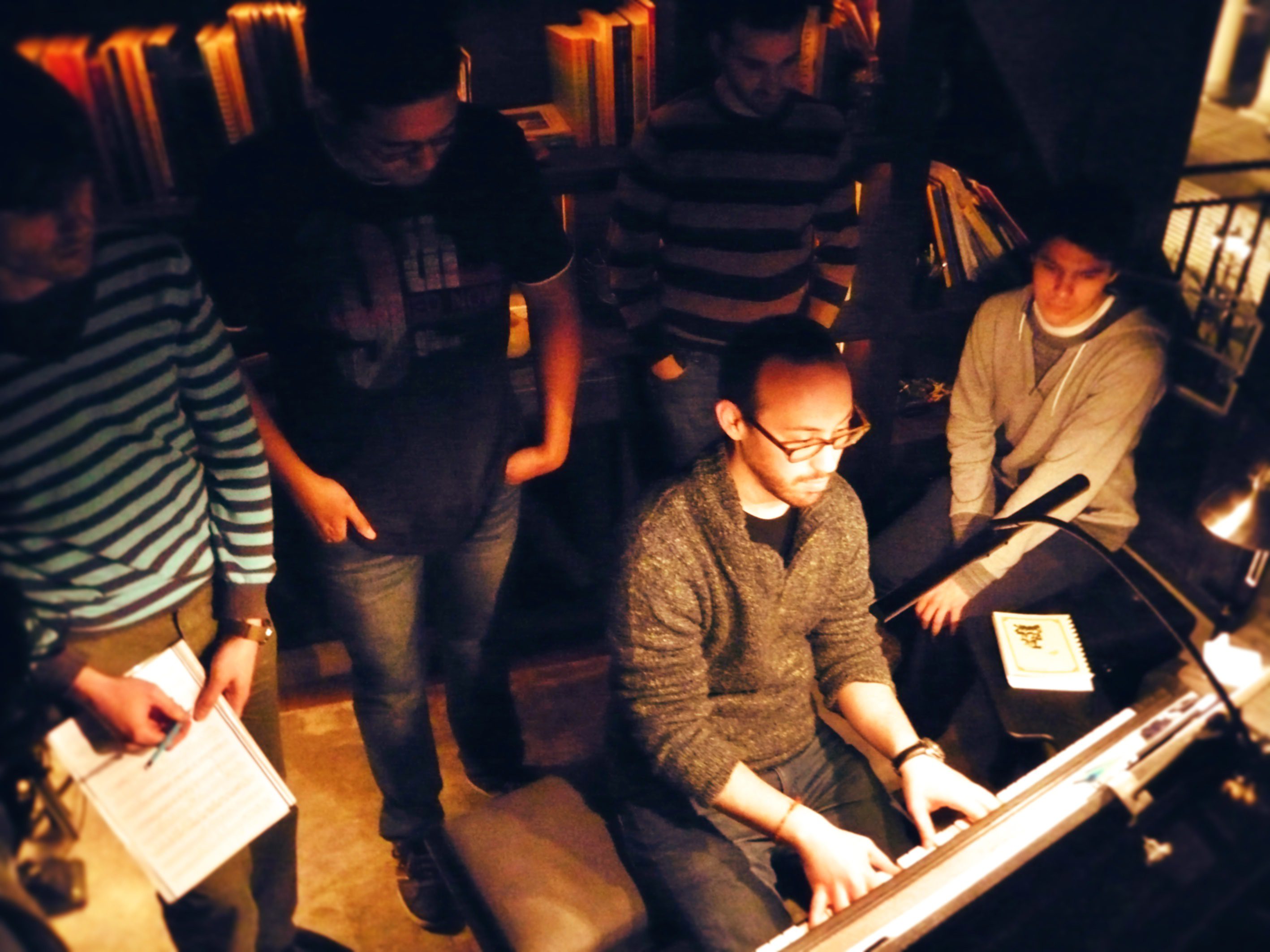 Able to release a furious energy as to express a sensitivity of infinite delicacy, Yaron Herman has chosen here to compose his own “songs”. Because on Y, it is about songs, each one having its colors, its spaces that come to enrich the voices of his friends singer and guitarist Matthieu Chedid alias -M-, the young French electro-pop producer Dream Koala or the bluesman and crooner Hugh Coltman. Between a portable drum part (Jacob), celestial choirs (Dreamson) or bells (Phoenix), the composer looks for, invents and paints a marvelous musical score, at the height of his boundless inspirations. 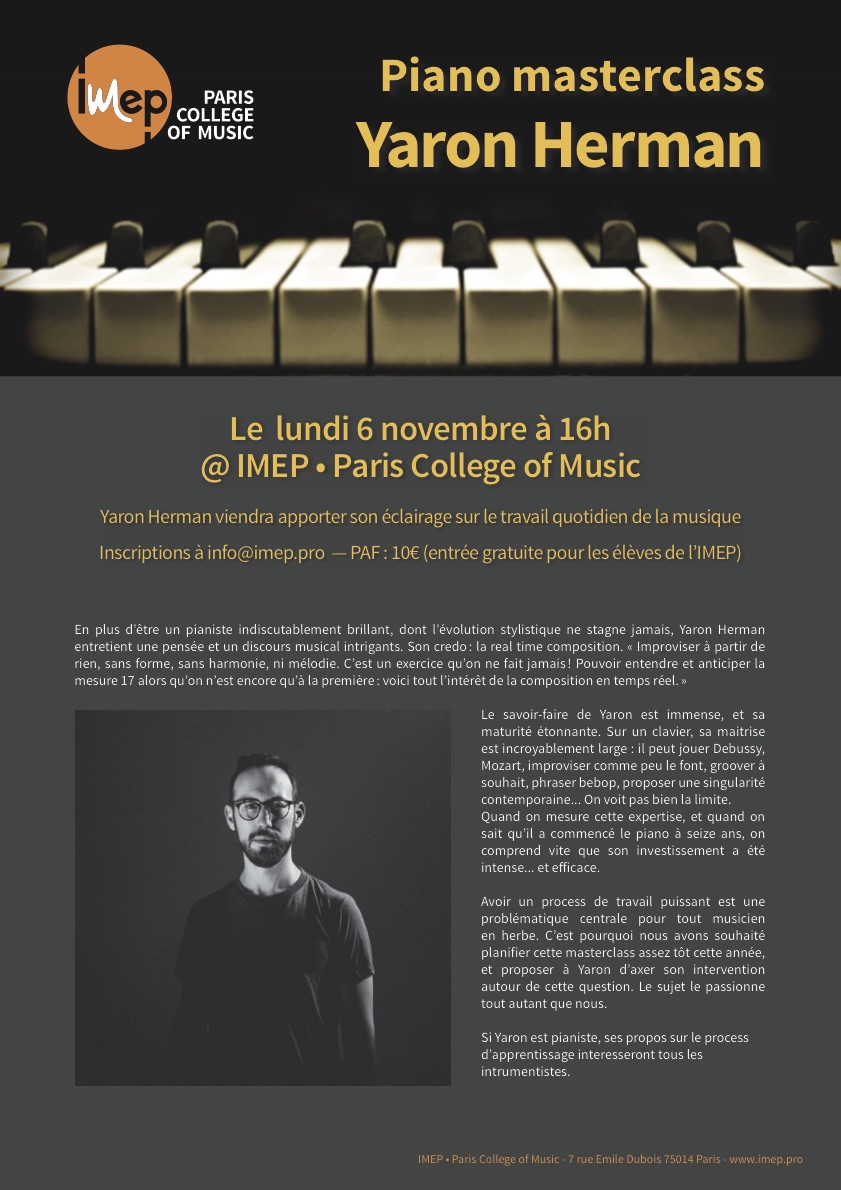