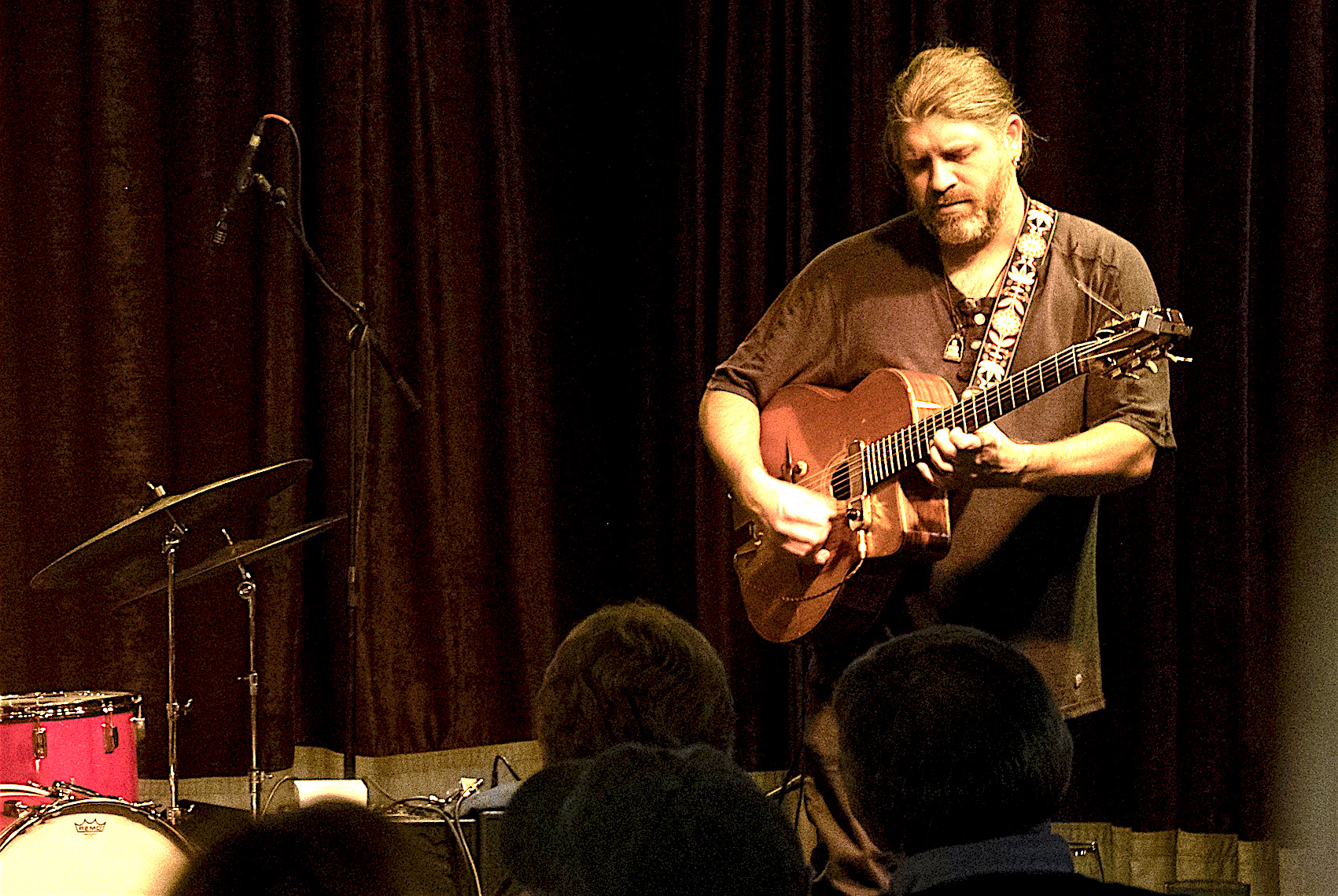 It is a great pleasure to have at school for the second time, guitarist – composer Stéphane Wrembel, former student of our team of professors. Graduated from Berklee College of Music, Stéphane is currently leading a career that has become international. Stéphane will speak  about his career and his music. Do not hesitate to bring your instrument, the master class might be interactive.

Music speaks better than words to describe a live performance of Stephane Wrembel and his band. Beyond genre, beyond technic, Stephane seems to have found new ways to express music and take the listener on a journey to a world of his own. The world class level of the performances, the visionary aspect of his compositions, and his freedom of playing makes him and his band the most original voice in the music world today.
Of course, one can hear the ghosts of his influences in his mastered technics, including Django Reinhardt, Pink Floyd, Magma, Ry Cooder, John Coltrane and Rabbi Abou Khalil, but his own unique voice harmoniously blends all his past crafts into one powerful impressionist masterpiece. Stephane composed themes for two legendary Woody Allen films: “Big Brother” for Vicki Cristina Barcelona and “Bistro Fada” for Midnight in Paris. Both are Academy Award winning films, and Midnight in Paris, won a Grammy Award for “Best Soundtrack” with Wrembel’s contribution, “Bistro Fada” as the main theme. Stephane was also a special guest of the 2012 Academy Awards ceremony, and the guitarist for the event, performing “Bistro Fada” live with the orchestra. Stephane is in France to release his tenth album “Live in India”. It will be an opportunity for him and his band to teach a masterclass at IMEP and to share his experience of being a NYC based and a touring musician.

“One the greatest guitar players I’ve ever seen …and I don’t say that lightly.” -Josh Baron, Relix Magazine

“A John Coltrane-ish search for a moment of musical nirvana…” -Phil Gallo, Variety

Public price : 10 €
Free for our students
Limited places
Reserve your place at info@imep.pro