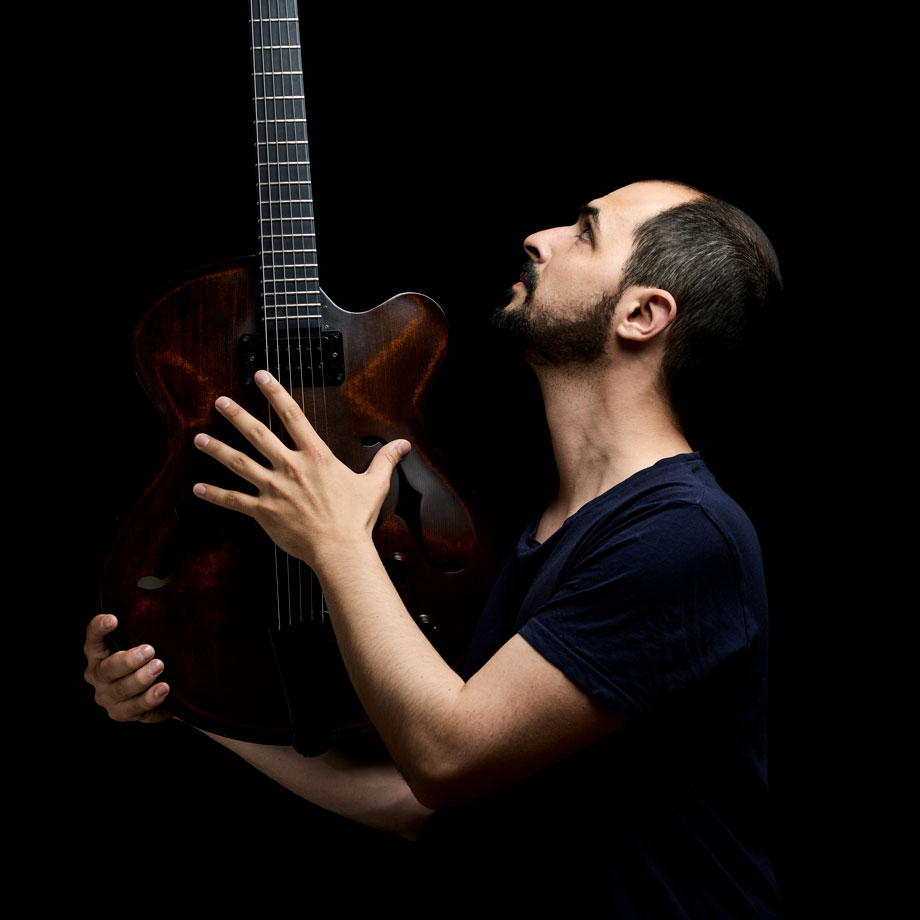 We welcome guitarist Romain Pilon as part of our faculty.

Romain Pilon is one of Paris’s best kept secrets, he has a driving linear and compositional style that is sure to turn some heads internationally once the word gets out. Check him out !”

Born in Grenoble, Romain Pilon started playing guitar at age 10, exploring all kinds of music throughout high school and eventually went to Conservatory in his native France before gaining a scholarship from the famed Berklee College of Music in Boston. After his US sojourn (where his group was chosen to open for Pat Metheny out of 1,000 guitar students), some experiences playing with Christan Scott, Esperanza Spalding, Warren Wolf, Lionel Loueke among others, Romain decided to settle in Paris.

He started playing in various group as a sideman and formed a band with tenor saxophonist David Prez. Together they recorded two albums, receiving a warm welcome both from the press and public.

In 2010, Romain decided it was time to lead his first project as a leader.

« Ny3 » was recorded in New York with Colin Stranahan on drums and Matt Brewer on bass. It got the highest rank possible in both Jazzman and Jazz News (“Choc” and “Indispensable”).

In 2015, Romain’s third album as a leader, « The magic Eye » was released on the label Jazz&people.

This ambitious trio + two tenors work, featuring titans Walter Smith III and Ben Wendel, heralded him in the international press as one of the stand-out guitarist and composer in Europe.

Besides his career as a performing musician, Romain Pilon is renown pedagogue. In 2016 he started a series of « mini lessons » videos on youtube. With over 120000 views on the playlist and close to 5000 downloads of pdfs from all over the world, this experience has been a big success. This lead him to conduct masterclasses, in the US, Portugal, Spain, Germany, Malta…

His fourth album as a leader, « Copper », will be released at the end of March on the jazz&people label. This all electric band is a tribute to Romain ’s early influences such as Led Zeppelin, Weather Report, Headhunters…It features tenor sax Seamus Blake and pianist Pierre de Bethmann, Tony Paeleman on synth bass and Rhodes and Fred Pasqua on drums.