It is with great pleasure and pride that we are able to announce that yet another one of our students has been chosen as a recipient of a full scholarship to continue her studies at Berklee College of Music in Boston.
After participating in the Berklee auditions & interviews that were held at Paris College of Music this past january, pianists and vocalist Jémina Bréchoire, from Marciac/France, has been awarded the exclusive Presidential Scholarship, allowing her to pursue her studies in music at the world-renowned Berklee College of Music in Boston/USA starting this upcoming fall.

Berklee’s Presidential Scholarship is awarded to only a handful of students showing exceptional promise worldwide each year, and allows recipients to study for four years at Berklee College of Music without any cost to their families, all tuition, housing, and fees being provided for.

Only seven candidates worldwide were awarded the prestigious scholarships this year.

Jémina will be joining the ever-growing number of music students who have gone from studying with IMEP • Paris College of Music faculty to continuing their studies abroad at some of the most-respected music schools in the world, such as Berklee College of Music, The New School, the Royal Conservatory of The Hague, Los Angeles College of Music (LACM),… and consequently building international careers for themselves in today’s music industry.
Among these former students are guitarist Lionel Loueke, composer/guitarist Edouard Brenneisen, violinists Antoine Beux and Gabriel Majou, guitarists Jonathan Joubert and Guillaume Estace, composer/multi-instrumentalist Charles Humenry, vocalist Laure Zaehringer, guitarists Andy Rafiringa and Fabio Isella, saxophonist Mathieu Bellon, pianist/composer Nicolas de Ferran, flutist Margot Mayette,… 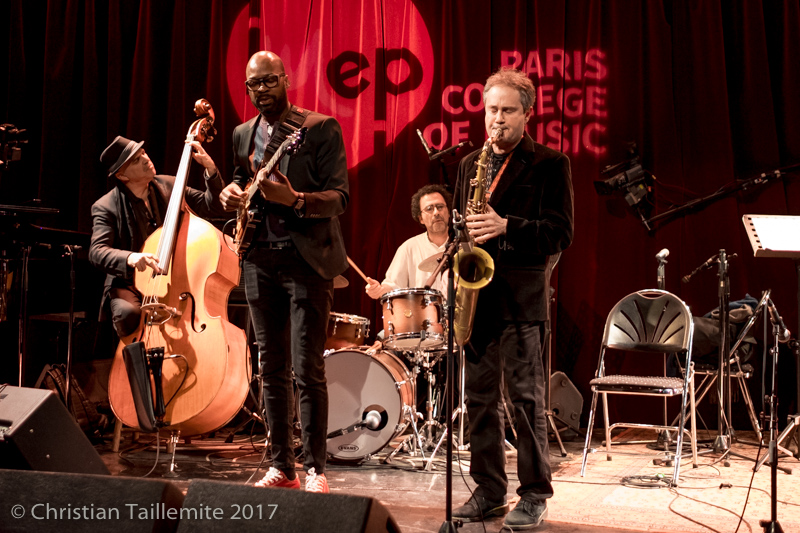 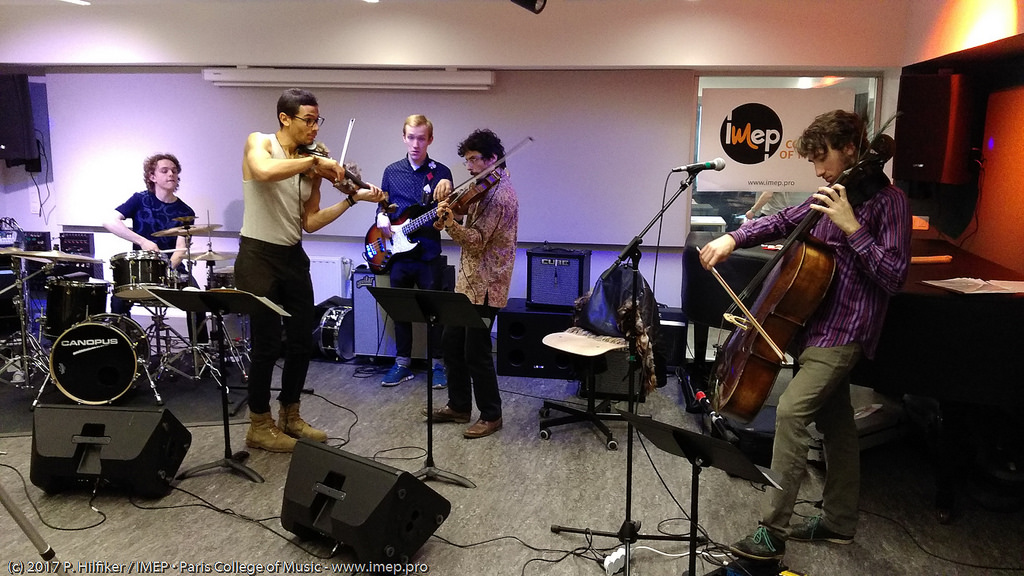 IMEP Alumni Antoine Beux, Gabriel Majou and Martin Beux during a recent performance for our “Visiting Artists Series” with their group “2Birds Band”.

Growing up in a household where the arts in general have always played an important part in the overall well-being of her family , Jemina chose the piano as her primary means of expression.
At the age of 11 she is able to immerse herself into music more and more, as she attends middle and high schools in Marciac, home to the international Jazz Festival « Jazz in Marciac » that has been held there for close to 40 years, and has welcomed international artistst ranging from Dizzy Gillespie and Sonny Rollins to Brad Mehldau, Dianne Reeves, and Marcus Miller.
Enrolled at one of the rare high schools in France that provides a jazz option in their program, Jémina soon discovers the tradition of jazz and scat singing and from that point on makes here voice her second insrument.
Her passion for music and the jazz tradition grows as she attends master-classes and workshops with Wynton Marsalis, Kyle Eastwood, Thelonious Monk Jr., and Shai Maestro, Philip Catherine, among others.
Being certain of wanting to study music further and pursuing her dream of a career in music, she moves to Paris after graduating from high school and is simultaneously admitted at the Conservatory of Boulogne-Billancourt and at IMEP • Paris College of Music to pursue her studies in jazz piano and voice in 2015.
While studying harmony, arranging, and instrumental performance at IMEP, she begins perfoming with various groups in the greater Paris region. Her studies at Paris College of Music provide her with opportunities to perform in various well-known clubs and concert halls of the French Capital, such as the Studio de l’Ermitage, the Sunset/Sunside Jazz Club, and the historical « Bal Blomet » alongside fellow students, and even together with IMEP faculty members such as Rick Margitza, Peter Giron, and Phil Hilfiker.
As she multiplies her public concerts, Jémina is currently looking forward to her first series of concerts in Japan, announced for the winter of 2017, alongside saxophonist Taishi Ogura.

Very naturally ! My home has always been a place of well-being where the arts have held great importance : lots of books, music in all its forms, classical music of course, but also jazz, and French music such as Nougaro, [Jacques] Brel, Barbara… And then of course the high school in Marciac with its jazz program, everything happened rather quickly that way.

Why did you choose IMEP • Paris College of Music for your studies ?

Once I graduated from high school, I could have gone in the direction of literary studies, but music has always been that guiding thread in my life. In order to realize my dream, I felt that I needed to find a structure that was in line with what I was trying to achieve. IMEP proposes a complete program of musical studies of high quality and taught by a team of professors who are involved and available. All of this corresponded perfectly with my objective to learn and to grow in the kind of conditions I was hoping for.

Is there anything in particular you would like to say about your time spent in our school ?

IMEP is a part of my life now and a lot of very good memories. The teaching is rather demanding and at times even quite strict. But in the end, you really see the progress and the benefit of all the the work that is demanded. And on the other hand, we get to live in a great overall atmosphere, with a great sense of community. There’s a kind of warmth to it. One particularly has to mention the professors, who are strongly implicated in their art and their role as teachers : excellent musicians and pedagogues, and true professionals !

Do you have any particular projects for your future ?

I’ve got lots and lots of them in my head ! There’s so much and it’s all so exciting that I dont really dare to yet speak of it all while I’m only scratching the surface. It’s a dream that’s being constructed piece by piece. One has to be aware and work a lot. Maybe within a couple of months, or a year or two, I’ll be able to put all that onto paper…. – music paper of course !

We at IMEP • Paris College of Music wish Jémina an excellent continuation to her journey that is already a very successful one!